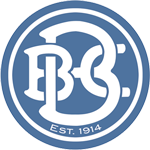 From establishment in 1914 to now

;
Balmoral Beach Club is situated on the edge of Edwards Beach, the northernmost of the two beaches which make up Balmoral on Sydney Harbour. Established in 1914, the Club has links with the Artists’ Camps, romantic establishments which were a feature of Balmoral in the late 19th century. The present Beach Club is built on the site of one of these camps, the Euroka.

A number of young Mosman men, who called themselves “The Smugglers”, used to meet at the site of the old Euroka Camp and swim in the Harbour. When they decided to form a social and swimming club, a meeting was held at Mosman Town Hall on 12 February 1914 and the Club was established. A simple wooden building was erected as a clubhouse and opened on 24 January 1915. Two small tram cars were purchased and used as change rooms for children. A brick two storey Clubhouse, built in 1928, was replaced in 1999 by the present building. The dining room on the upper floor has one of Sydney’s finest views out through the Heads of Sydney Harbour and is a popular venue for Club functions including many wedding celebrations.

Today the Club is very successful with approximately 2000 members and a waiting list. Its swimming races and social events are well supported and the members spirit and camaraderie within the Club are very good. In its early days, however, it suffered hard times. During the Depression years of the 1930s, its membership dropped to less than 300 and the Club was forced to pay tram and ferry fares for its swimmers competing in carnivals in Sydney as so many were unemployed.

The young men and women of the Club responded magnificently to the Nation’s call in World War 11. Over 100 members, more than one third of the total membership of less than 300 men, women and children, volunteered for the Armed Forces. Seven gave their lives and are lovingly remembered by memorial swimming and running trophy races each year.

Post War, the Club attracted many new members, many ex-service persons, and the Club prospered, always mindful of its role as a “family club”. Generations of families have been Club members and some swimmers have been competing in Club races for over 50 years.

The Club sent a team to Sydney’s first ever surf carnival held at Bondi Beach on 20 March 1915 and, although the Club no longer competes in surf carnivals, a large contingent of swimmers from the Club compete in the numerous open water swims around Sydney including the Australia Day weekend Palm Beach to Whale Beach swim.

The Club’s location permits it to conduct swimming races in open water in the Harbour off Edwards Beach. Usually, especially in early mornings, the water is calm. Large numbers of swimmers, up to 100, take part in Saturday or Sunday races which are held all the year round. Most races are handicapped and Club members, without restriction of age or sex, compete against each other. It is a proud tradition of the Club that no swimmer is refused entry in a race because of lack of swimming ability. In races as long as 1500 metres, the fastest swimmer may be called on to give 45 minutes start to the slowest swimmer. Less skilled swimmers are applauded when they finish long races and mingling of swimmers of varying ability before and after the races has built up a strong camaraderie in the Club.

The Club also has a program of early Sunday morning athletic events including hill runs around Mosman, and biathlons which are well supported.

The Club started a “Nippers” program in 1995. Dedicated members of the Club and the parents of the children run this program each summer Sunday morning commencing at 9am on Edwards Beach. Each year young people aged 4 years to 12 register and take part in this wonderful outdoor learning and activities program. The Club also organises Charity swim events to raise funds for supported charities.

A unique Club in many ways, present members are grateful to the pioneers who founded the BBC and established its traditions of sportsmanship and friendship.